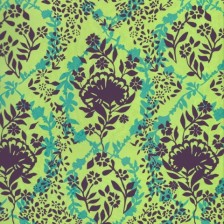 This portfolio is still in progress; check back for updates!

Freelance to full-time CAD Artist, Maggy London (Aug 2010-Jan. 2013)
Did artwork for private labels such as Ross and White House Black Market, worked closely with head
patternmaker on production layouts; made repeats as directed by the print director, communicated with mills overseas about color and repeats. Maintained tracking records for prints in Excel. Freelance to full-time.

CAD Designer, Ralsey Sweaters (April 2008)
Created flat sketches in Illustrator for their Target Plus line at this short-term assignment.

Freelance CAD Artist, Aviv Apparel (March-April 2008)
Made linesheets in Photoshop and Illustrator for their spring 08 collection.

Screenprinter, B & K Embroidery (2005)
Made samples for approval, assisted with production, and did sales for this silk-screen company.

Send a message to kittychat309